This is by far the greatest time to be an artist, a musician, a composer, a producer or any of the support services that an artist needs to thrive (PR, Marketing, Social Media Manager) in this business of music. The major record business went from a 30 billion dollar business to a 15 billion dollar business in less than 10 years and they haven’t recovered yet. Once platinum artists are now considered marginally successful if they sell a mere 50k to100k and the uncertainty in the future has many people worried. However you should see it as an opportunity.

The discovery, distribution and marketing platforms have changed from the old days and new business models are being introduced daily. Record companies and distribution outlets are reinventing themselves and offering more services to make up for the loss. But they are also taking an even greater piece of the pie. The 360 deal has become the standard.

In the old linear music business model the focus was on the end product – the CD. An artist went in the studio, recorded an album, the label released it, the artist went on tour and that ended the cycle until the next release. The new model is an ecosystem with many moving parts. In the new music business model the end product is now just the beginning of the relationship between artist and fan. The artist can now bypass all the middlemen and go direct to fan. It is a relationship that if nurtured and watered in a personal and authentic way will catapult the regular fan to the level of super fan. It is this super fan that will automatically purchase all your CDs even though they don’t have a CD player (because they will stream all your music anyway) they will come to see you on every tour, they follow you on all social media sites and generally feel a sense of attachment because of the level of engagement, exclusivity and inclusion that you provide them.

But these are not just groupies and shouldn’t be treated as such. According music analyst with Midia Research Mark Mulligan, 61% of your revenue will come from 17% of your fans or Superfans. The Pareto Principle puts it this way, 80% of your income wil come from 20% of your fans. But in order for this to happen you have engage them, make them feel special and give them access. These are your super fans. They will pay for that access.

That is the name of the game these days. Access. A good example of direct to fan relationship and the effective development of the super fan is artist Ryan Leslie:

Leslie’s first album released on Motown in 2008 sold 180,000 copies, but the royalties Leslie received from those sales did not cover the $100,000 advance he received to produce it. His new self-distributed album, however, has only sold 12,000 copies — less than one-tenth the sales of his Motown debut — and yet Leslie has received around $160,000 in revenue off album sales alone. When merchandise sales and concert tickets purchased through his site are taken into account, Leslie has made over $400,000 since going independent.

The industry has changed from an ownership model to an access model. As an artist you must be accessible. And to those special super fans you must provide special access like backstage passes, visits to the studio to see your record, autographed memorabilia, etc. Remember they are your super fans and they will pay for this access.

So don’t make it difficult to be found. Keep all your social media names consistent. Don’t have one name on Facebook, another on twitter and another on Instagram and another on Pinterest. Make sure all your websites are mobile ready.

There is nothing more frustrating that visiting a site on my phone that I have to keep scrolling across and doing all kinds of crazy things just to see the website. I usually don’t’ go back. Your fans won’t either. Test out your website on iphones and androids. Keep in mind that 80% of the world is still using android phones. So for instance when you send your itunes link to the world many can’t even open it. Folks on Android mobile can’t read it. Duh. Also study your analytics. See which social media works best for you. Go here your lap top or phone and you can see who is reading your tweets, when and which tweets are the most popular. Log into facebook insights here and see who is reading your posts. Make all that time you spend on social media work for you. Look at your data. Analyze it and plan your social media strategy. Focus on 2 – 3 social media outlets an use platforms like www.hootsuite.com to manage your posting. 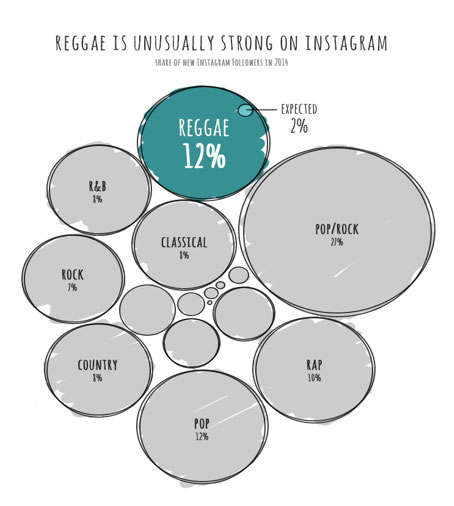 There is no one way to do things anymore. Disruption is the new buzz word and this is a good thing. Old models are being replaced by the new. You have as much opportunity to come up with the next big app as you do to launch the next big record. The playing field is leveled. Remember the giant video store known as Blockbuster. Netflix and Redbox bodied Blockbuster. The younger generation probably has no idea what a Blockbuster was. And there are companies like Uber and Air B’n’b who have disrupted the old model and introduced a shared economy model that seems to be working quite well. The time is right for disruption.

This is not the time to sit back and wait on someone to make you a star. You are already a star. This is the time to disrupt, bring about change and create solutions to the many problems that exist in the music and entertainment business. A music industry analyst often tells the story about the gold rush of 1859 in California. The first millionaire was a man by the name of Samuel Branan who went and knocked on everybody’s door to tell them about the gold rush. Everybody was rushing to get a piece. Why would he go tell the world about the gold rush when he could make more money for himself? He did this because he wasn’t a miner at all. He sold picks and shovels. It made him a millionaire.

So my question to you with all of this change taking place in the music business….what is your shovel?

While I wait for your answer let me share a basic facts.

You can start with a lyric video or a still picture with music. But don’t WAIT until your big budget video gets shot to put up a video. You are missing out on potential video streams. 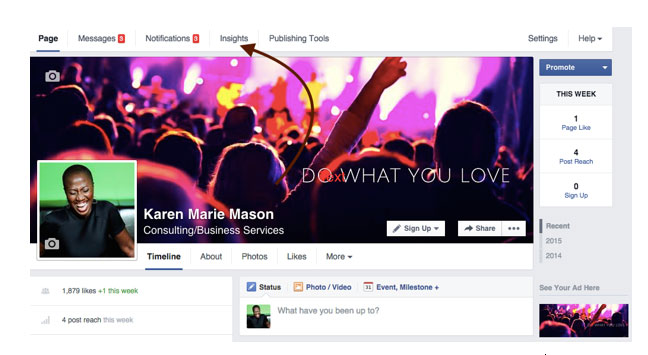 Lastly, streaming is here to stay. It is not going anywhere. It will not replace vinyl and it has not completely replaced the CD but it is gaining minute by minute. Your focus should be on getting your music on any and every streaming service in the world. Spotify is not everywhere. Deezer is stronger in some countries than Spotify. Neither of these two companies are the leading streaming service in China. So you need to make sure your distributer/aggregator is getting your music to all these services. There are literally hundreds of streaming service across the world. America is quite small. Don’t put all your eggs in that basket.

There are so many tools and platforms to help you on your way. Some of my favorites are Youtube Artists http://www.youtube.com/yt/artists/, Pandora, there is www.bandpage.com that will update your photos bios and music on many of the streaming services, soundexchange. There is no excuse in this new music business for artist not to be on top of their business.

So even if you have given up all of your publishing and ownership on a song as a performer you are still entitled to royalty as the performer on a compositon. There are many rights agencies that have popped up over the years to help artist collect these royalties across the globe. You may even have monies out there waiting for you.

Lastly the artists who are winning right now are the ones that show their real authentic self. Not the ones who hide behind shiny things, fancy stuff and fake fukery. Fans want the real you. The you that is sensitive, supportive, emotional, vulnerable, sexy, fatherly, motherly, fearful and fearless. They want the artist that is engaging and genuine and these days they seem to know the difference. Quickly.

Karen Marie Mason is the former head of marketing at East/West/Elektra Entetainment and was the Director of Marketing at Sony. She is current an artist manager and consultant. www.karenmariemason.com